Isabelle Arvers is a French artist and curator whose research focuses on the interaction between art and video games. For the past twenty years, she has been investigating the artistic, ethical, and critical implications of digital gaming. Her work explores the creative potential of hacking video games through the practice of machinima. As a curator, she focuses on video games as a new language and as an expressive medium for artists. She curated several shows and festivals around the world, including Machinima in Mash Up (Vancouver Art Gallery, 2016), UCLA Gamelab Festival (Hammer Museum, Los Angeles 2015, 2017), Evolution of Gaming (Vancouver, 2014), Game Heroes (Alcazar, Marseille, 2011), Playing Real (Gamerz, 2007), Mind Control (Banana RAM Ancona, Italy, 2004), and Node Runner (Paris, 2004). In 2019, she embarked on an art and games world tour in non western countries to promote the notion of diversity of gender, sexuality and geographic origin, focusing on queer, feminist, and decolonial practices. In 2020, Arvers started a PHD on Art & Games decolonization at Fine Arts Faculty in Lisbon, Portugal, under the direction of Patricia Gouveia. 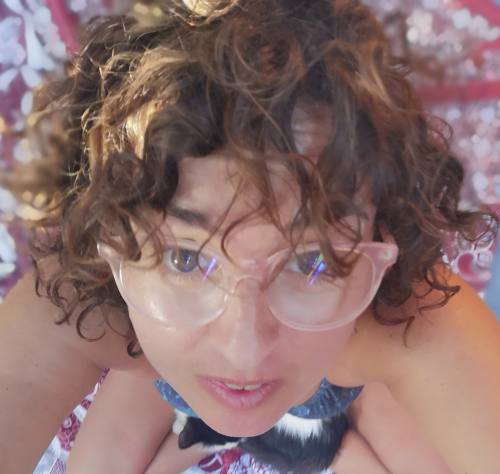 A graduate of the Political Sciences Institute and a Master in Management of cultural projects, Isabelle Arvers specializes in new media in 1993. Pioneer in the field of game art in France , she curated Playtime – the gaming room of Villette Numérique (2002), as well as the net.art gallery on “sound games”.

Her following exhibitions and projects then presented the video game as a new language and as a medium for artists: Organizing a gameboy music concert at Project 101, Paris, 2004 She also curated Mind Control, a net.art exhibition for Banana RAM Ancona, Italy , 2004, and Node Runners game festival, for the Region Ile de France in Paris, 2004. Curator Reactivate under Gametime festival , Melbourne, Australia 2004 / 2005.

From 2005, she is interested in machinima ( films made within virtual worlds using real-time 3D engines or video games) and organizes screenings at the Centre Pompidou, at festivals in France and abroad (Czech Republic , Brazil, Canada) since 2009, she organizes workshops initiation or completion of machinima , to democratize a practice that transforms an object of mass consumption into a production tool.

In partnership with the Gamerz Festival in Aix -en- Provence, she designed the first machinima exhibitions in art gallery and continues to work with curatorial exhibitions of independent games, game art and retrogaming in France with Dream Games, Games Policy, Games Reflexions and abroad with Evolution of Gaming, in Vancouver in 2014, UCLA Gamelab Festival in Los Angeles 2015, 2017, Machinima in Mash Up, at the Vancouver Art Gallery, 2016.

From 2013 to 2016, she worked on art and research projects and curated and produced six antiAtlas of Borders exhibitions around the mutations of the borders in the 21st century, including The Art of Bordering at MAXXI in Roma and Coding and decoding borders in Brussels. She was also in charge of the End of the Map exhibition in the fall 2015 in Paris about alternative, subversive and emotional cartography.

With the artist Chloé Desmoineaux, she organized a series of Art Games Demos 2017 – 2018, a party mixing video art animation, machinima demos of alternative, artistic, experimental games demonstrations with music performances and dj set, focusing on queer and feminism, city and urban representation or borders and migration.

She has written for magazines like Arcadi, Amusement, MCD, Digitalarti, Etapes Graphiques and published critical essays on the work of game artists such as Matteo Bittanti or Axel Stockburger. Finally, she published an article on the machinima at MIT Press in 2010 : “Cheats or glitch , voice as a game modification in Machinima” in VOICE Vocal Aesthetics in Digital Arts and Media , Edited by Norie Neumark , Ross Gibson and Theo Van Leeuwen and was interviewed in “Understanding Machinima , Essays on Filmmaking in Virtual World” published by Jenna NG editions Bloomsbury in 2013.

In 2019, she embarked on an art and games world tour in non western countries to promote the notion of diversity of gender, sexuality and geographic origin, focusing on queer, feminist, and decolonial practices. In 2020, Arvers started a PHD on Art & Games decolonization at Fine Arts Faculty in Lisbon, Portugal, under the direction of Patricia Gouveia.