A game, where the user acts in the role of the founder of own music and visual image. Central to the project Web Wuerfel Werkstatt (Web Cube) is the creation of virtual and symbolical space in the Internet and sign reflection of real. 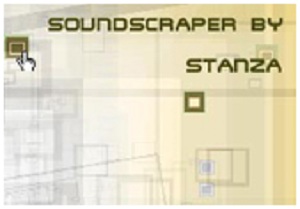 Series of six multi sound environments. Lots of built in sounds and layers. A new type of image and a new type of painting. 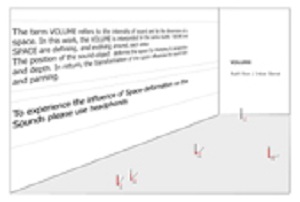 The term VOLUME refers to the intensity of sound and to the dimensions of a space. In this work, the VOLUME is interpreted in the same duality — SOUND and SPACE are defining, and evolving around, each other.

ONE DAY ON THE AIR, Nicolas Clauss

This part in shockwave puts in scene on line radiophonic bits recorded Monday July 8 2002 from 16 to 17 hours. 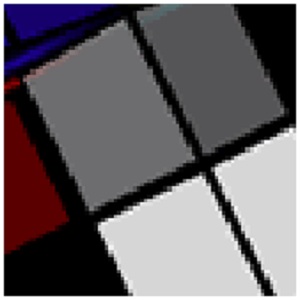 This software allows the user to create a 3D sound sculpture using 3D cube building blocks by selecting a color (which corresponds to a particular note or sound) and clicking wherever they want on the sculpture to attach another cube. 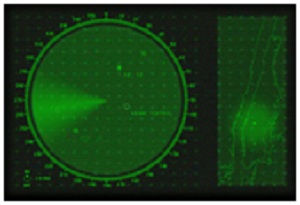 We do not as a society pay attention to ambient sounds. We are much more focused on the visual over the auditory. My goal is to articulate an idea that New York City becomes an instrument. 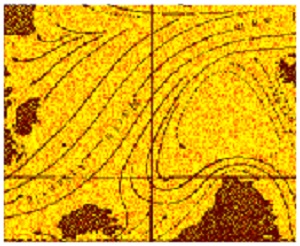 Skeletonmoon was founded in May of 2000 by Paul Catanese as a vehicle to present his multimedia artwork and interactive experiments. Paul is a Chicago based artist whose personal works explores experimental narrative. 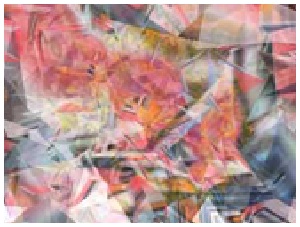 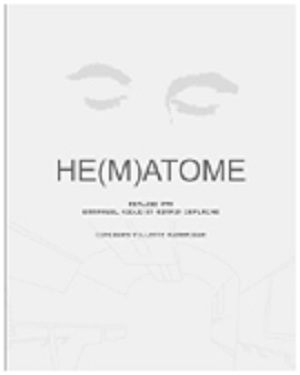 Hematome is an interactive music experimental project. Interacting with objects you meet, you can provoke an evolution of music.

An image mixing tool for the web, that anyone could use it for projections, at parties, in clubs or for interior design. I called it : www.popular.de – animations 4 electronic music. 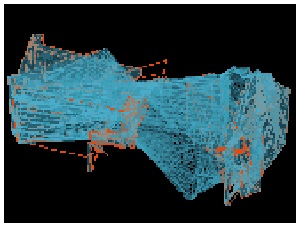 And2 explores the application of interactive computer strategies to design architectures in digital enviroments. 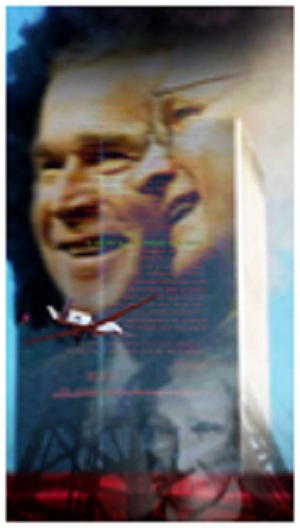 My imagery attempts to match the stridency and invidiousness of the corporate sector’s unabashed attempt to dismantle history and eliminate divergent cultures so as to fluidly manipulate the mass of humanity toward the marketplace. 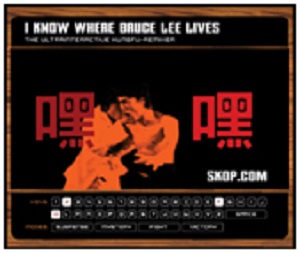 “I Know Where Bruce Lee Lives” is an audiovisual Onlineremixer using samples of BruceLee-movies. 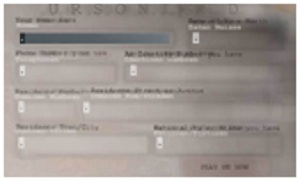 URSONIKID is a sound game which asks the player to type in personnal details and uses that information to construct sequences of sounds. 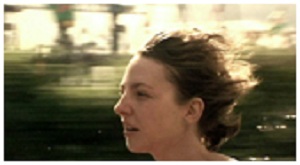 Interactive movie : The user has the possibility to immerse at certain places in Sophies life. The user get the impression to be directly in the scene, by 360° location pictures. He is no more cinemagoer he is a part of Sophies world. 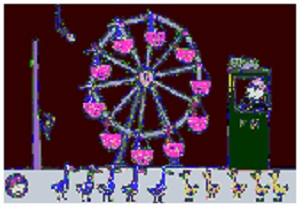 Placefor children this soundgame is for them. Turn the goose on the wheel music and have fun ! 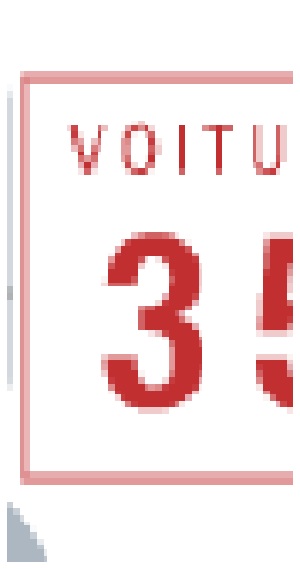