Because power is based on violence , children play at war . Because the world is in a constant virtualization, inside the images and information flow, artists borrow codes from video game to mirror a reality increasingly illusory.


The exhibition ing Playto real presented in Meudon in December 2007, provides a vision of the relationship between art and video games and put the real into the perspective of video and computer games. The minimalist installation by the artist Damien Aspe – Russia with fun – is a wall of volumes representing the famous game Tetris invented by Alexey Pazhitnov in 1983. It has been said that this game was one of the most powerful weapons of the Eastern bloc against the profitability of capitalism in the West … Reflecting a time when the fate of the world hung by a red button , that of nuclear weapons. In a daily log , Quentin Destieu , Romain Senatore of Dardex – Mort2faim perpetuate work reappropriation / recycling objects surrounding us with Camping Station. A “station” which transforms the audience into DJ and VJ.

Mathias video of the French artist Yann Groleau, plays its part, the elliptical narrative in a completely redesigned a player massively multiplayer World of Warcraft interview. A young man that looks like a young person tells his fights with an ax , knife with merchants or virtual enemies and tells how he separates his women by killing them . The gap between the ultra violent speech and image of the young man is amazing. 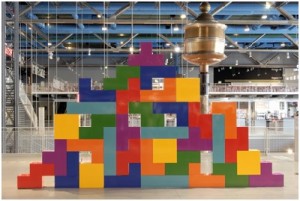 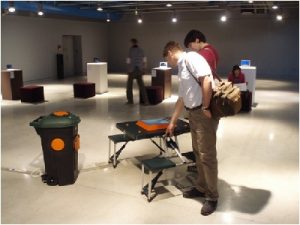 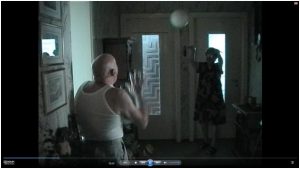 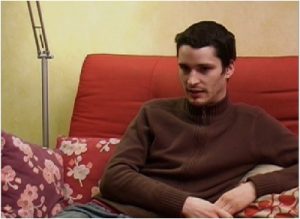 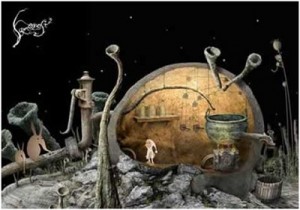