Virtual tree, a journey into the trees has been selected as one of the 11 projects hosted by the residency CREASEN. The creasen residency of Laurel Gbenafa, Isabelle Arvers and Patricia Gouveia will consist of directing a pilote film on Baobabs mixing video, animation, machinima and motion capture.

The goal of the residency is to further explore the possibilities opened up by using video games and game engines to create video contents that can contribute to film creation on one hand and on the other hand explore methods and put together a pipeline and process for efficiency during the creative process without inhibiting and jeopardizing the freedom and all the possibilities that real time rendering gives us compared to traditional CG and Film making workflows.

Patricia Gouveia will give general guidance in artistical project management and how we can use motion capture devices and other technologies to enhance animation visuals, namely the difference between CGA and motion capture technologies. She previously worked in a motion capture lab in Lisbon, and she participated in projects that took advantage of animation and gaming techniques to present research results (FCT Infomedia, 2008-10, and EEA Grants Genmob, 2015-16).

Virtual Tree is the pilot of a film that will be produced during the CREASEN residency by Isabelle Arvers and Laurel Gbenafa. Virtual Tree a journey into the trees aims to raise awareness on environmental and ecological issues related to trees, based on ancestral and local knowledge and myths about trees, using video games to produce real-time 3D images and integrate 3D animations with real footage.

Based on interviews with artists, traditional practitioners, sociologists and anthropologists conducted by Isabelle Arvers on the themes of the communicating tree, the tree as a refuge, the tree as a space and the relationship between humans and non-humans, Virtual Tree is a showcase through which we will rediscover trees, their history, their medicinal value and their mystical power thanks to real time rendering techniques.

A 3D character integrated in real shots will present trees, the environment and will introduce them at first. He will ask questions to which traditional practitioners and artists will answer. In a second time, their explanations can be illustrated and animated in order to dive into the storytelling. Before the residency, we will proceed to the conception of assets, 3D characters, virtualization of trees and during the residency we will integrate real time 3D animations of the characters’ movements, dialogues.

The crea.sen project encourages interactions between the cultural and creative sector on the one hand and the digital sector on the other hand so that the creative and artistic community can better develop through digital tools that can boost its development.
crea.sen is a project of the EUNIC Senegal cluster implemented by the Goethe-Institut Senegal and funded by the European Union. 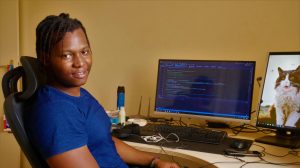 Graduated from NIIT (National institute of information and technology) as a software engineer and is a 3D generalist and video game developer. He is the founder of Digileeb, a studio producing interactive experiences, video games, VR and AR experiences. He is also the co-founder of Virimma xr, which supports digital agencies, brands and communication agencies in the development of innovative digital products and services. Very early invested in the video game scene in Senegal, he co-created with Julien Herbin Da’karapid, a racing game featuring a fast car in 2016 as well as contributed as a producer and programmer on many other mobile game projects deployed in the world. His expertise has allowed him to contribute to large game projects, the most notable of which is the virtual reality medical simulation software VRPatients having been part of the founding team before their acquisition in 2019 by the multinational FERNO. In 2020, he received 3 certifications for his technical expertise in video game development (Unity Certified Associate Game Developer, Unity Certified Professional Artist and Unity Certified Instructor). Since then, he offers his services as a consultant for companies on interactive projects and develops via his studio Digileeb virtual production projects by combining the world of cinema and video games.

LARSyS, Interactive Technologies Institute (ITI), Faculty of Fine Arts, University of Lisbon (FBAUL), Portugal, is a French artist and curator whose research focuses on the interaction between art and video games. Over the past twenty years, she has studied the artistic, ethical and critical implications of digital gaming. Her work explores the creative potential of video game piracy through the practice of machinima. As a curator, she focuses on video games as a medium for artists. She has curated several exhibitions and festivals around the world, including Jibambe na Tec (Nairobi, AF, 2020), Tecnofeminismo (Bogota, AF, 2019), the Art Games World Tour exhibition (Buenos Aires, 2019), Interspecies Imaginaries (Overkill, Enschede, 2019), Machinima in Mash Up (Vancouver Art Gallery, 2016), UCLA Gamelab Festival (Hammer Museum, Los Angeles 2015, 2017), Evolution of Gaming (CDM, Vancouver, 2014), Mind Control (Banana RAM Ancona, Italy, 2004), Playtime, (Villette Numérique 2002). From 2013 to 2016, she worked on art and research projects such as the antiAtlas of borders around the mutations of borders in the 21st century, and La Fin des Cartes in 2015 in Paris around alternative, subversive and emotional cartography. In tribute to Nathalie Magnan, her association Kareron produced in 2018 TRANS//BORDER, the teachings of Nathalie Magnan, a series of events on ecosexuality, cyberfeminism, alternative media. Kareron is currently producing UKI a Sci-fi Alt reality film by Shu Lea Cheang. In 2019, she embarked on a world tour of art and games in non-Western countries focusing on queer, feminist, and decolonial practices. In 2022, she is a member of the Prix Ars Electronica Computer Animation Jury. 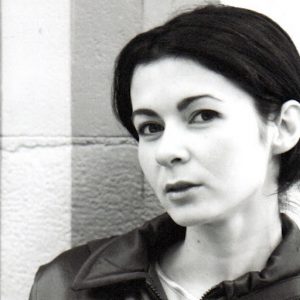 Associate professor at the Faculty of Fine Arts of the University of Lisbon [Faculdade de Belas-Artes da Universidade de Lisboa]. Integrated member of the ITI – Institute of Interactive Technologies / LARSyS, Laboratory of Robotics and Engineering Systems, IST. Co-curator of the exhibition Playmode (MAAT 2016-2019). Has been working in the field of multimedia art and design since the 1990s. Her research focuses on playable media, interactive fiction, and digital arts as a site of convergence between film, music, games, art and design. Previously, she was an associate professor in the Interactive Media (Games and Animation) degree at Noroff University College (2014-16) in Kristiansand, Norway. Visiting Assistant Professor at FCSH/UNL (2007-14) and Assistant Professor at ULHT (2008-13), both in Lisbon. From 2006 to 2014, Patrícia edited the blog Mouseland. In 2010, she published the book Digital Arts and Games, Aesthetic and Design of Ludic Experience [Artes e Jogos Digitais, Estética e Design da Experiência Lúdica] (ed. Universitárias Lusófonas), a synthesis of her PhD thesis and some of the articles she published. More information here: https://fbaul.academia.edu/PatriciaGouveia/CurriculumVitae