La Region Ile-de-France is promoting “alternative and creative” uses of WiFi networks in France with a July 3rd art event called WiFiledefrance. This event will host Noderunner Paris and projects called WellFu, Plage Arriere, and DaisyChain. Noderunner is a wireless game in which teams race each other and the clock to find open WiFi nodes, photograph themselves at that space, and then use that node to upload their photos to www.noderunner.com where a competitive-photoblog-scoreboard tracks the results. On Saturday, tune into to www.noderunner.com at 2pm (+1 GMT) or 8am (EST) to see the game play out, or after to see the final results. The winners will receive prizes donated from local music and computer stores. By turning a city’s open WiFi network into a playing field, Noderunner seeks to celebrate a city’s open nodes and likewise draw artists, technologists, and the general public into a dialogue about the legal and ethical issues surrounding the use open WiFi networks. 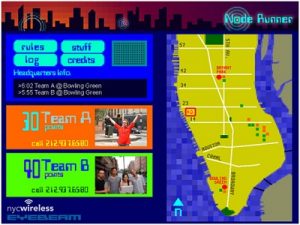 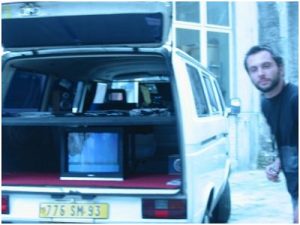 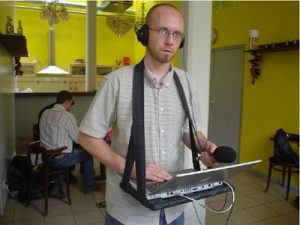