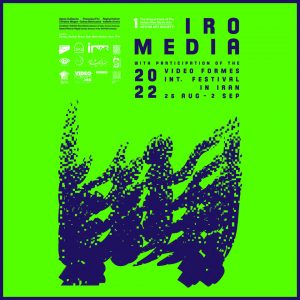 “Ce qui me manque”
at Dayhim House of Culture / Teheran 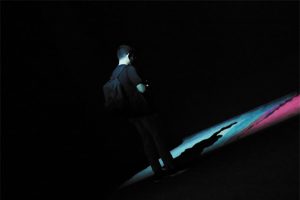 Ce qui me manque, is the fruit of a reflection on the future of the cinematographic genre of machinima, these movies appeared in the late 90s, generated in real-time 3D from video game engines.

Their future lies not only in a linear narrative mode imprinted with video or cinema, but rather in their spatialization, in their hybridization with other forms: painting, sculpture, in situ installation, displacement of perspectives, interaction. This is to move from a virtual space to creating a projected physical space that can then be physically inhabited.

To this dematerialization of the object, these “image movements” respond to the abstraction of the image produced by the video game engine. The sea becomes abstract, fills with glitches and its image is transformed into a series of fragmented polygons that stretch under the eye of the virtual camera. It unfolds on a sea of ​​corrugated sand, the space is transformed into a sea of ​​color, which illuminates the darkest places.

#IROMEDIA
The specified #IROMEDIA platform was provided for the purpose of systematized introduction and interaction of the new media artists at the high level of the global contemporary arts. This opportunity makes contribution to identification, analysis, collection, and protection of the Iranian artists’ productions on the basis of a local discourse with respect to the present new media events in world.

The first annual Iromedia is a special exhibition of video art and installation art in participation with France and the #VIDEOFORMES international digital arts festival as the guest of the first annual event.
In this event, 9 works of this festival’s selected works will be shown. All of these works will be represented with directorship of @Gabriel_Soucheyre, Director and Founder of the @VIDEOFORMES festival and invited curator of the exhibition.
The selected artists are as follow: