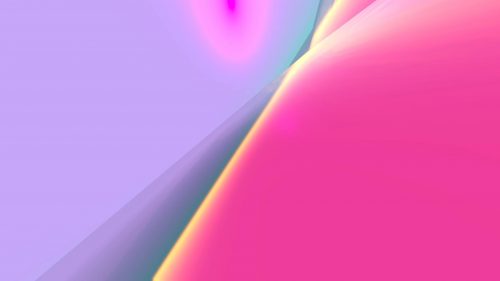 On the 28th of April 2019, I had the pleasure to facilitate a “Games as lights and colors on canvas” machinima workshop focusing on indie games playing on light and darkness. Invited by le Cinema Nova in Brussels, in the frame of their Program Game Over, a cinema and videogames event.

We played to Lumini, Matter, Reflections, Mind Path of Thalamus, Hyper light drifters, Penumbra, Mountain, Mirror Moon EP, Inside, Islands Non PLaces, REZ, Beyond Reflections. It was great to mix such a nice audience, three teenagers, Julien Annart, the best indie games specialist in Belgium and Samy Amanatullah, intern at the Human Rights Organisation. We had then a collective writing session before to direct a movie that was screened at the end of the day before Hotel by Benjamin Nuel. Here is the movie we directed in 4 hours: novaRev

It was the first I was helding this workshop I previously before ISEA 2019 (International Symposium of Electronic Arts) where I will give a Light and darkness machinima workshop on the 23d of June in Gwandjyu in Korea.

On the day after, I was introduce to Godot an opensource game engine, by François Zajega belgian digital artist and programmer who taught me the first steps on how create a set, put some light, an object, view the scene different angles and move a camera. I understood quite well the interface and what I learnt that day. We directly worked in 3D and what was great for me is that I didn’t feel lost at the first sight!!;) We began with some easy tasks and I was able to create – with the help of François’s patient and smooth pedagogy, to integrate some sea objects in my scene in order to create an abstract sea, which is something I have been working on lately on other game engines/tools like Moviestorm :

On Moviestorm, which is a machinima tool that mixes a game engine and an editing software, I use sea objects modded by the community and work on colors, camera movements and generate random abstract movement and shapes.

For Unity, I worked on a VR version of my abstract sea with a student from Niort Alexis Nguyen, but on this project I was a but frustrated as I couldn’t do it by myself, autonomously…

What I super enjoyed with Godot is that in less than 4 hours and the help of François, I was able to create an abstract sea with the colors of the sun and the sky, as well as the horizon as I exactly wanted, I understood some concepts that aren’t familiar to game dev beginners about 3D objects and how they rely on light and physics. Finally, as I am, for the moment, still mainly a machinima person, I barely understood camera movements and was able the day after in the train driving me back to France to make my first machinima abstract sea in Godot.

I became autonomous in abstract sea machinima making in less than 1 day, which is amazing for me! I didn’t find the interface too hard to understand but so much appreciated to be supported for the first steps of this discovery. Especially to be able to do exactly what I wanted to do and not to have to follow so many different tutorials before to get to the point I was interested in.

Here is the movie I directed in the train with a pink sun and a purple/pink sky with a transparent sea.

What is great is that on the same day, I met Natacha Roussel, who is giving Godot workshops to women for an intersectional approach of videogames. I wish I could have attended this workshop as it is intended to women and as I would also have loved to be taught by women;) I will follow the outcomes of this workshop as women are quite rare in the community.

Thanks to François’s Godot initiation, I want to discover more and learn step by step how to integrate scripts and go further in game making.