Some weeks are funny and great, in less than a week in september, I received a prize as a video and gave one as an hologram;)

I first received the Moving Image award for my machinima doc “heroic makers vs heroic land” given in London by The Lumen Prize and then, few days after I was announcing the student award at The Indie Games Contest of the FEFFS in Strasbourg. 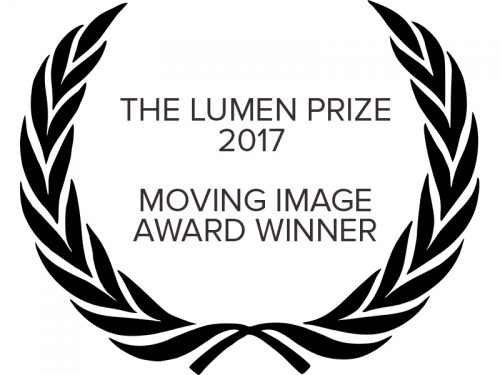 The thing is that I had to be in Strasbourg to give a workshop on the day after the Lumen Prize Award Ceremony and could’nt be on time back to Strasbourg from London. So, Jack Eddis from Lumen Prize offered me to send a thank you video to be diffused on stage. As Véronique Godé, journalist for Arts Hebdo Media, was in Marseille the week before, and as she is doing amazing video interviews, I asked her to film it 😉

Then we were in Strasbourg for the Fantastic European Film Festival where I gave a machinima workshop and then was part of the jury getting along with really cool and interesting people: @Exvserv, @FibreTigre and Elizabeth Maler from Accidental Queens, actually launching at the same time her new game: Another Lost Phone. After cool talks and debates on games we finally gave the octopix to the game Do not feed the monkeys by Fictiorama Studios and we also agreed on Abadi created by students from ETPA for the student price.

But I had to go back to Marseille and wouldn’t be able to make it for the award ceremony… That’s when cool ideas pop up in an andian restaurant;) Guillaume for Holusion company that creates holograms, offered to make a video award talk hologram mini me to announce the student prize.

Thanks to the collaboration of all the jury memners we did