The Centre for Digital Media based in Vancouver is definitively an amazing place with amazing people, the pedagogy of the Master is absolutely great and has so much to do with the playbook Gamestorming. During two years, all the team did an amazing job on the exhibit Evolution of gaming and they are now also hosting a workshop and a symposium with Ken Perlin from the NUY Media Research Lab.

Following the tradition of the Banff Center which used to host eminent people for a certain amount of time to let them time to meet and think, the CDM host Ken Perlin, Alan Kay, Athomas Goldberg, Bret Victor, ”One of the 4 or 5 greatest user interface design minds in the world today” — Alan Kay, Chaim Gingold, known as one of the conceptor of the videogame Spore, Hiroshi Ishii Director of the MIT Interactive Media Lab and Margaret Minsky formerly member of the Atari Research Lab as well as the MIT media lab. They will be presenting the results of an intensive 3-day workshop in which they create visions of the future of augmented reality and human communication. 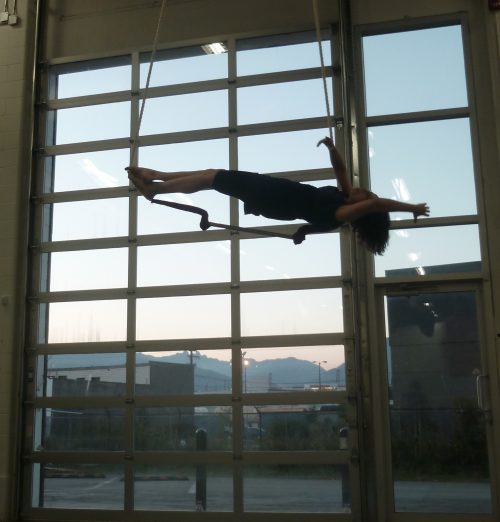 As an introduction to this workshop/symposium, I was more than happy to attend yesterday a lecture/performance given by Margaret Minsky about her work on haptics. She gave her lecture on a trapeze inside the Centre for Digital Media in a perfect setting with the sunset behind her. In circus, that position is known as “sleeping beauty”. I was really amazed to listen to her presentation while looking at her. I can’t wait to attend this symposium!